By Dr Kondekar, Pediatrician - February 28, 2017
AUTISM u may say is a type of personality or social interaction issue in otherwise normal child. That means you aren't with a case of serious autism which have issues with development and IQ.
Certifying it is a technical job once the Dr learns to understand medical terms involved in diagnosis making. Ministry of health of India has released a national program now with inclen diagnostic tool which is widely available on internet. Problem is not with diagnosis... But is with treatment. One needs to assess intellectual productive value of child along with speech and personality issues and these need to be tackled with various therapy programs, the choice of which though is subjective but should b decided on what works best. A combination never harms but many programs are less studied or less effective and may have been advertised too much. Definitions keep on changing every decade and that's just for technical issues . before 1984 these kids were part of a group called psychopaths. So don't go by name. See what your child is not able to do or be have at par with peers and then sit with doctors and therapists to help you bring out the change closest to normal. This requires serious periodic efforts from parents and family in earliest years of diagnosis. Complex issues need complex therapy. Each one of the modifiers... Doctors, patient, therapist and family need to keep updating various readings and skills without giving a panic response or without falling prey to advertised but low outcome strategies. When there can't be single magic Remedy.. Every one is likely to project his or her is the best. Its we all... Who need to decide and implements. What's working in given situation at times by repeated trial and Errors. Dr Kondekar

Popular posts from this blog 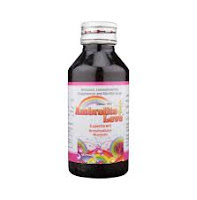 Key shortcut links: Medicines and doses * CLINIC ADDRESS MAP   CALL FOR APPT 8693893295 OR WHATSAPP 9869405747 WHAT BLOOD TEST TO ASK * IS IT URGENT * WHAT ARE  DANGER SIGNS * WHY ONE SHOULD NOT ASK MEDICINES ON WHATSAPP OR PHONE * WHEN DOES MY CHILD NEED ANTIBIOTICS ? डॉं कोंडेकर संतोष वेंकटरमण@मुंबई Dr Santosh Kondekar is now also available at Shushrusha hospital Dadar West . Mumbai India. Monday to Friday at 7 to 9 PM. www.kondekar.com Follow @9869405747 DR SK is a qualified pediatrician with MD and DNB qualification, from India who has specialised himself in counselling parents and children about the knowledge and various aspects of child health, illness, treament, diseases and their doctors. Dr SK is working as a pediatric intensivist and respiratory and infections specialist at Seth G S Medical College and KEM Hospital Mumbai India 400012. He has clinical expertise in guiding doctors, patients and also managing various illnesses and / or clinical situations concern
read more>>>>